Support our Youth Teams - your contribution is 501(c)3 eligible

This year’s theme was “Area II getting lucky in Kentucky!” and boy did we ever!! The championships were held at the Kentucky Horse Park in Lexington, KY home of the 2010 World Equestrian Games. After a very successful spring for our juniors and young riders, we were able to field a complete team with 2 individuals in the CCI* and a team of 3 for the CCI**.

The 2009 CCI* roster was Laura Roberts and Galway’s Blazer, Molly Curtiss and Savannah IX, Colleen McKitrick and Connor II, Huxley Greer and Octavian, and the individuals were Louise Johns and Rickard’s Red and Alison Smith and Double River’s Too Cool.

The 2009 CCI** roster was Alex Martone and Copperfield, Kate Samuels and Nyls du Terrior, and Alyssa Peterson and Stormin’s Barbie. Our teams had a great week of training in Southern Pines at Kincora Farm home of the coaches David and Lauren O’Brien. Many thanks to them for providing an excellent facility and environment for building team comraderie, focus and performance! All of the riders were guests of Mary and Mike Martone for the second year in a row and stayed in their beautiful carriage house just minutes away from camp. I cannot say enough about the dedication and support of these parents! From grocery shopping to cooking dinners to allowing the kids to have the run of their personal farm and pool, the Martones’ sponsorship was so key to making this year such a success!! Thank you!

Upon arrival we found the Kentucky Horse Park in a state of upheaval. Construction had begun in preparation for the WEG and the organizers of the NAJYRC had to deal with that along with a large Hunter/Jumper show and a World Cup Reining competition. It truly could have been an organizer’s nightmare, but the USEF and USEA staff handled it with professionalism and proficiency and the NAJYRC went with out a hitch!  Here’s to a job well done!!

One of the most exciting opportunities for the riders was to be able to compete in the impressive new main arena, the same arena that the world’s best riders compete in at Rolex. The CCI** riders competed Thursday night under the lights which led to a bit of nerves and tension for both horses and riders. The judging was extremely tough and the competition was very tight, just tenths of points separated the Team competition. We finished with solid scores but were lying in 5th position at the end of dressage day. The CCI* competed Friday morning with the same critical judging with better results! The team finished in 3rd position with Laura Roberts tied for 1st with an Area III rider. The individuals both rode the best tests they have had to date, and finished admirably. Cross country day dawned dark and stormy and the start was delayed an hour.  Both courses were adequately challenging with tough combinations and terrain questions and time would also be a factor. Our Alex Martone was the first ride for our team and the second of the day and she did not let us down!! She was double clear and smoking hot on course which really set the tone for both teams. We finished with 3 double clear rounds which moved our CCI** team up drastically to 3rd position. The CCI* team followed in there footsteps with 5 clear jump rounds and only a few seconds of time faults to add to there score. Laura Roberts went double clear and upon finishing realized that she stood alone in first place due to time faults accrued by her competition. The team moved into first position and the pressure was on!! Laura, Molly and Colleen were all standing in the top 10 after cross country.  Alison Smith and Louis Johns, our individuals had clean and fast cross country rounds adding very little to their scores.  All of the riders did an excellent job of caring for their horses after cross country and preparing for Sunday’s jog.  As usual there were some nervous moments and many thanks go out to our team vet Dr. Susan Johns.  Her expertise and dedication every year to our team horses is unsurpassed and a large part of our success truly lies in her capable hands! After a tense but successful jog, all of our horses and riders started preparing for the final phase of competition. The show jumping course was very difficult with technical lines, combinations and turns and plenty of square oxer’s and flat cups. It took its toll in the CCI** competition with rails flying, numerous refusals and several falls.  Alyssa was the first to go and rode beautifully with only 1 rail down.  Alex was next and had a fantastic ride with only 3 rails which for her horse was very commendable. Show jumping is not his favorite phase!! On to Kate who as always is the consummate competitor, never showing the nerves or pressure she had to be feeling! Kate’s horse preformed flawlessly for her and she completed the round double clear!! The team finished with the Silver Medal and Kate relieved the individual Bronze Medal. We were so proud! The CCI* had just as much trouble with the course. Huxley and Colleen had tough rounds and finished with a few rails each.  Molly Curtiss had an absolutely beautiful double clear round that had everyone on their feet! She ended up in fourth place individually.  Finally it was Laura Roberts turn to show her stuff! With two rails in hand she went in and rode a near perfect round with only one rail to capture her first Gold Medal and to secure the team’s Gold Medal.  With only one rail in show jumping Louise Johns moved up to 12th individually and Alison finished in 25th.  It was a wonderful day for everyone involved and the program as a whole.  There was a surprise later in the day during the medal ceremony for Huxley Greer. She was awarded the Captain Andy award for sportsmanship that is given out  to only ONE junior/young rider out of all the disciplines represented at NAJYRC. It was a very special night for us!

I am excited to pass on the Somerset Saddlery has taken over the position of Title Sponsor of the Area II Young Rider Program. I cannot say enough about the tireless dedication Kris Perdue, owner, had toward our program needs. I look forward to building upon this new relationship in the future! Thanks so much for your help! Many thanks go out to Riverlawn Farm, Cindy DePorter, Sophie duPont, and all of the other people who made donations to our kids and our program in 2009!! As always it is so greatly appreciated!!

As I enter my fourth year of Coordinating, I am proud to say that the program and its membership is stronger than ever! I encourage all juniors and young riders in Area II to check out what this program has to offer you! We are already looking forward to 2010 with hope and confidence.  For more information please join us at the USEA annual meeting in December.

Thank you for your support! 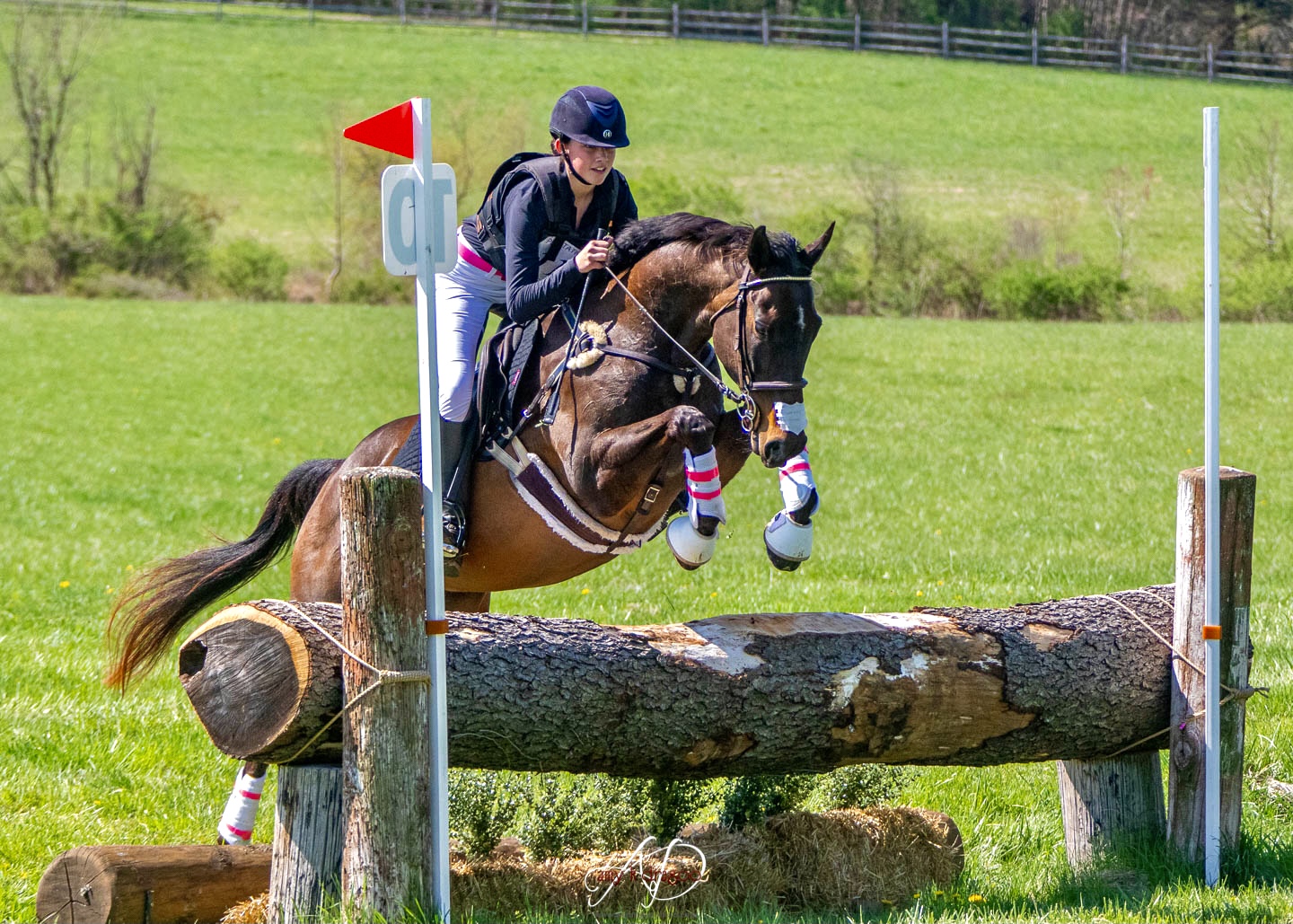